So you want to open a Tim Horton’s franchise

Those who know me well know that I often get random ideas and become a bit obsessed with them. Today, while walking to lunch, I was thinking about what to do with my money now that I have no more tuition payments and I thought “Why not open a Tim Horton’s franchise?” 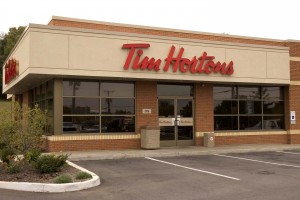 Almost immediately, I dismissed the idea as preposterous. Open a Tim Horton’s franchise? Am I trying to ruin myself financially? There are Tim Horton’s everywhere. From where I’m sitting right now, I can see a Tim Horton’s and am within a 5 minute walk of 9 others. Isn’t the market a bit over-saturated for yet another Tim Horton’s?

I thought that denouncing Tim Horton’s on my little blog would be a great idea. Until I ran the numbers.

So, I can open a Tim Horton’s right? I know this great little spot — oh, wait, I can’t? There’s an application which requires you to show financial skills, entrepreneurship and motivation (which makes sense), and you need a partner. I’m uncomfortable mixing my money with a partner’s.

Tim Horton’s franchises are based off of McDonald’s popular model. The company buys a building, renovates it to their requirements and retains ownership. This model is simply beautiful because, if ever Tim Horton’s is unhappy with the franchisee, it simply replaces the franchisee with zero interruption in services. In fact, you might not even notice that the management has changed and the fired franchisee has no way to sabotage the company (ie, if he owned the space, he could do what a few Dunkin’ Donuts owners in my town did when Dunkin’ left — simply open up “Beignes de Bob” and keep all the decor, merchandise, products). What does Tim Horton’s get in return? A mere 17% of sales for rent, advertising and franchise fees. 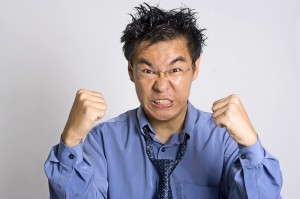 Of course I’m averaging the amounts. Tim Horton’s in high-rent locations will obviously have lower profits and locations that are popular and low-rent (ie, university libraries…?) will have higher profits.

And of course, you’ll have the government-run Tim Horton’s… The ones that lose hundreds of thousands of dollars a year.

So. Is opening a Tim Horton’s franchise still on my radar? Probably not. The entry costs are too high for me right now and I’m not convinced that the market will not be over-saturated by the time that I have $203 000. In the meantime, you can find me standing in enormous lines, waiting for my $1.50 tea.

What about you? Would you open a Tim Horton’s franchise?

Bonus question: What’s you favourite Tim Horton’s location? Mine was the one at that truck stop along Highway 401 that my dad brought me to as a kid (it’s apparently been renovated and has lost it’s 1970s charm. Dommage).